Style is rooted in history. To help identify a style you love, one way to start is to examine furniture. Looking at LEGS and motifs helps to uncover a theme that clearly demonstrates a style you like.  Over the next few blogs we will identify a few common periods of furniture and their associated leg styles, comparing them with what is made today.  An on-line guide for antique furniture provides a fairly comprehensive way to identify pieces based on legs and motifs.


Spiral or barley twist -  1660-1703 Resembles a twisted rope. Believed to have originated in India and Portugal. Characteristic of Restoration and William and Mary furniture, and in later 'revival' styles Empire and Federal.
Cabriole -1720-80. A curved furniture leg with an outward curving knee and the ankle curving inward, ending in an ornamental foot. Used in Queen Anne and Chippendale style furniture. (Chippendale leg often ends in ball & claw foot).

Fluted leg -1780-1810 This leg features a series of rounded channels or grooves, carved vertically into a straight leg at regular intervals. Originated from ancient Greek columns. Popular in Neoclassical style, Hepplewhite, and 19th-century Classical Revival styles. This is similar to a reeded leg, except that fluted channels are concave.


Saber leg - 1790-1820 Origin in Egyptian antiquity with the Klismos chair. The lef flares out in a concave shape, like a saber or curved sword; can be round or squared, and often gradually tapering.  Seen in Sheraton then revival in Regency and Empire furniture.

Comparing these leg styles to furniture that is sold today...

A Queen Anne leg desk chair from a major retail store.
A sabre leg on a Klismos-inspired dining chair. 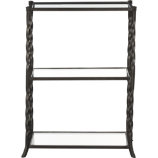 SPECIAL OF THE MONTH

Design In A Day Special. Extra hour with every booking.